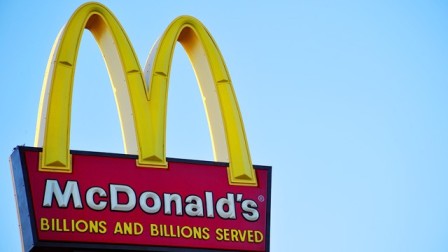 From now through February 7, all UK McDonald’s locations are replacing toys with books in Happy Meals—for a limited time only.

The campaign started last week. According to the UK nonprofit National Literacy Trust, nearly a third of children in the country do not own a book. McDonald’s, in partnership with HarperCollins and the NLT, are hoping to change this statistic by packaging 9,000,000 copies of the Mudpuddle Farm book series (by author Michael Morpurgo) in the popular kids’ meals. Each book comes with a finger puppet “to help parents bring the stories to life for their children.” 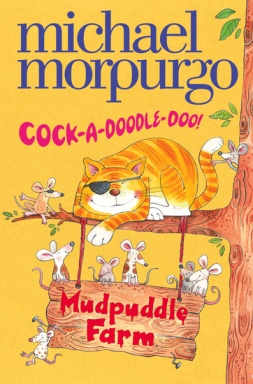 This news makes me wonder about American families and how they instill a love of reading in their children. It’s not easy to admit, but I wasn’t always a reader. For me, it wasn’t access to a book that was the problem—putting a book in a Happy Meal wouldn’t have magically transformed me into a bookworm. For me it was my family environment. From what I could see as a child, reading wasn’t a big priority in my family—especially not when compared to the families of some people I know now, who have shelves and shelves lined with books in their living rooms. Sure, I read some books in my youth (my Mom always let me pick out a few books I wanted from the school book fair), and my family owned others. My parents even read to me a little. But my love of reading was stunted because no one in my household treated books like member of the family. They weren’t really a part of the conversation.

Even though I’m the only one in my family who doesn’t like football (seriously, where did I come from?), TV was still the way we bonded. And while I can read in a noisy setting, I definitely cannot read with the television on. At all. My eyes go straight to the screen as soon as I give in to that first glance of curiosity. I need absolute peace and quiet to read at my best, and that means sequestering myself away in my room.

Now that I’m grown up, I have a better idea of how much and often my family members read. It’s more than I thought when I was younger, but combined the number of books they read in a year is still relatively low.

What do you think? Is coveted access to books, like the movie Matilda suggests, all it takes to create a reader among non-readers? Which wins out: nurture (an encouraged passion for books) or nature (one’s inherent literary inclination)? I suppose for me it was a bit of both: I went to college and studied literature, but I also found ways to nourish my fondness for reading and writing throughout my childhood and adolescence. It just didn’t blossom as fully as it could have if my situation had been different.

Thanks to e-readers like the Kindle and Nook, reading is on the rise in a country that still doesn’t read very much as a whole. To give you an overview:

Readers in America are a minority, and as of yet there’s no hard data that tells how many people today read and finish the books they start—or how many “trendy” e-reader users actually use the device in earnest.

6 thoughts on “Does encouraging children to read require a positive environment?”