So The Darkening Dream is on sale this week (June 25-29) for 99 cents, and to help with the promotion I interviewed author Andy Gavin. If you read my review a few months back then you already know how I feel about the book, but I wanted to give Andy a chance to speak for himself. 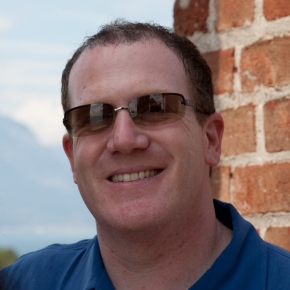 Misprinted Pages: Hi, Andy! Thanks for chatting with me. Before we talk about The Darkening Dream, which is on sale for 99 cent this week, I wanted to say that I’m a HUGE fan of your video game work. The first game my parents ever let me pick out myself was Crash Bandicoot 2 (love, love, LOVE jet pack Crash!). So thank you for being awesome!

Okay, down to business! This interview for my blog might surprise some readers, as I wasn’t too crazy about your book. But when I was contacted about the opportunity, I knew I wanted to give you a chance to defend yourself. As someone who loves games but is also interested in book writing, myself, I know what hugely different mediums they are. What made you want to write a book, and what was it like transitioning from one major industry to another?

Andy Gavin: As a serial creator (having made over a dozen major video games), it was interesting how similar the process was to any other complex creative project. Video games and novel writing are both very iterative and detail-oriented. They use a lot of the same mental muscles.

I’ve always been a huge vampire fan, and I’ve read and watched a large percentage of the oeuvre. But also as a history buff, I wanted to write a supernatural story that was more grounded in real history and legend. I’m always thinking, “That could have been so much better if they didn’t make up the historical backstory,” so I started with the villains. What kind of ancient evil creatures might still be around? What do they want? And what legitimate human reason would they have to destroy the world (Buffy-style)? I don’t exactly answer the question in TDD, because the motives of 5,000 year old baddies should be mysterious. But trust me, they have a plan, and the sheer audacity of it will literally shake the foundations of the heavens.

Let’s go over some of the issues I talked about in my review (which you commented on back at the time). I found a lot of the setting and how people behaved, etc., very anachronistic, but done in a way that was hard to accept. What kind of research did you do for the book, and how would you convince skeptics like me that your story and its characters are convincing, despite the time period?

I read about 100 books as research for The Darkening Dream. They ranged dramatically across topics. Several books on Salem, at least 10 on life in (usually late 19th century) New England, and a lot on witchcraft, demonology, occult, kabbalah, ancient Egyptian magic, etc. Some of this even propped up stuff that was left on the cutting room floor, like the three or four books I read on the late Hapsburg court for the 50,000 words of Joseph backstory I cut. That being said, I’m no complete expert on social setting of the early 20th century. But I did try to research attitudes and read several novels written right before the war. In some older drafts I even tried to reproduce the dialogue style of the period, but it sounded so old-fashioned that I ended up modernizing it. I did, however, have a dictionary and an idiom book published in 1912 on my desk, and I tried to look up as many word usages as I could.

In 1913, teenagers, and in fact much younger kids, were often out and about without adult supervision. About the age of 13-14 they would be expected to act like adults and often held jobs instead or on top of school. I’m not saying I did a perfect job capturing the era, but I put a lot of effort into it. 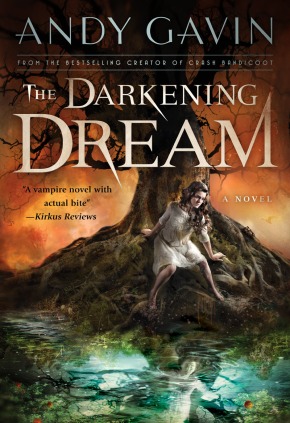 I loved some of your imagery, like the bloody sycamore and vampires turning into bats! That’s not something you see in a lot of vampire fiction nowadays. What were your influences for the book in terms of existing and past vampire works? What approach/style did you want to achieve?

I’ve read and seen a lot of vampire books/films/TV shows. Certainly the original Dracula is a big influence, also Nosferatu and Coppola’s versions, and even sometimes campier renditions like the old Fright Night, where the vampire is properly aged and mysterious. But I also wanted to capture a bit of the mood from say, Carnivale, or Lovecraft. I tried to create a sense of the evil you saw as but the tip of the iceberg.

Something else I commented on in my review was the amount of sex in the book and how it was handled. I found Sarah’s character, particularly, to be very modern and forward-thinking for her time, yet a lot of the sex in the book depicts women who are sexually adventurous as wicked or evil — or at least that was my impression, considering the common view back then. I found it at odds with what you were pushing with Sarah, an intelligent and strong protagonist. Can you shed some light on this? Am I right or totally off the mark here?

Consciously, I had absolutely NO intent to depict sexuality as evil. I feel quite the opposite and am about as open-minded as they come. In fact, one of my themes is the relativity of belief. I do, however, see sexuality as an intense and important part of the psyche and often repressed. I did a lot of research on serial killers to help me with Parris and Nasir. For both, sexuality plays a role in their pathologies. This is overt with Nasir. He takes an almost sexual pleasure in killing. It’s visceral, sensual even. It’s not sex per se, but what has become of his atrophied sexuality. He hasn’t been sexually active in centuries, but his sexuality has become wholly sublimated in his murderous behaviors. Parris, on the other hand, has fractured the emotional part of his brain. He is disengaged both with his own sexuality and with the feelings of others. As a sociopath he cannot connect with his victims. To do so would stir up memories (only hinted at in the final novel) from his own childhood that are too difficult to process. I actually see Parris’ relationship with Betty, creepy as it is, as one of the more positive aspects of his life. They find a strange comfort in each other.

None of this is intended as a statement about sexuality in a healthy person. Nasir and Parris are far from healthy.

With Sarah and Alex, I use sexuality more to cause them conflict. For them, their own feelings are at odds with the societal message, which creates stress. I’m not trying to comment on this, it’s just the way it was (and still, perhaps, is). 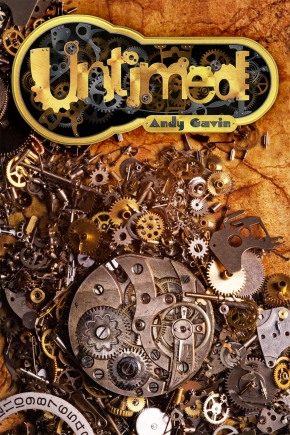 There was also a lot of … friskiness between the characters, and some of it seemed totally teenagers today. Was it hard to write characters who were relatable to current-generation readers but also products of their time? What were the most challenging aspects of working on the book?

Truth be told, there was a lot of friskiness back then. People just didn’t talk about it. My grandmother (who was a teenager in the 20s) used to discuss this at length. Stuff happened, but they just pretended otherwise. I was a teenage boy once, and they haven’t changed. Nor have teenage girls. That being said, I added a bunch of the frisk factor later in drafting. Several agents and editors told me the relationship between Sarah and Alex needed “heating up.”

So you clarified on my blog that there’s more to come from this series. Big, big cliffhanger at the end! Have you started writing the next book? Absolutely anything you could tease for us?

I do have a sequel planned. I even outlined a big chunk of it. I don’t want to include spoilers on the first book here, so it’s hard to discuss, but let it be said that The Painted Man’s ambitions with The Horn are but the tip of the iceberg of his larger and even more nefarious plan.

Are you planning a set number of books, or just the sequel at this point?

I don’t have an exact number in mind. I’m a bit of a pantser.

What have you learned from writing and marketing The Darkening Dream, and in what ways will that affect how you approach your future endeavors?

I learned a tremendous amount while writing (and more importantly revising) The Darkening Dream. I [used] these lessons to make Untimed (my second book) a stronger and more sellable novel. In early drafts TDD was too long and too unfocused, so for Untimed I chose a single first-person point-of-view. This helped focus the book. I also worked to make this voice unique and individual from the start. It’s unclear how much this matters to readers, but agents and editors love “voicey” prose. And perhaps most importantly, I went with a more high concept story that begins with a big hook and a dramatic inciting event in the first chapter.

Are books your entire focus now, or would you like to return to video games later on in your career?