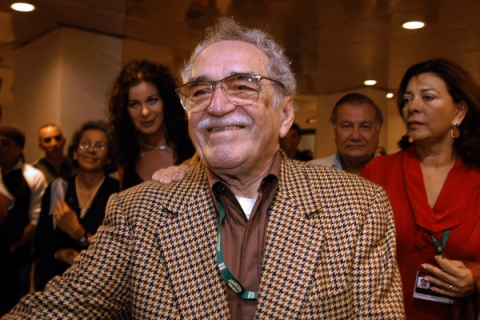 As a writer — someone who not only loves writing and reading, but spends most of her day doing it — I can’t imagine what it would be like to lose all ability to write.

Most people worry about losing their job or being robbed, and I worry about those things, too. But occasionally I fear that I’ll go blind, or lose the use of my hands, and I won’t be able to write the way I’m used to — the way that’s personal and intimate, a one-way current from my brain straight to the paper or computer screen.

I shudder to think of it.

For Nobel Prize-winning author Gabriel Garcia Marquez, who gave the world novels like the controversial The General in His Labyrinth (which was called “anti-patriotic” when published in Colombia) and the famous One Hundred Years of Solitude and Love in the Time of Cholera, that nightmare is his reality.

Dementia runs in the family, the author’s younger brother Jaime Garcia Marquez told the Guardian, and Gabriel is recovering from cancer. The entirety of it has taken a toll on his mind.

“Chemotherapy saved his life, but it also destroyed many neurons, many defenses and cells, and accelerated the process,” Jaime said. “But he still has the humor, joy, and enthusiasm that he has always had.”

Gabriel has written a memoir called Living to Tell the Tale, meant to be the first in a series, but his brother is afraid he won’t be able to finish.

“He has problems with his memory,” Jaime said. “Sometimes I cry because I feel like I’m losing him.”

How would you feel if you were in either of the brothers’ situations? How would you find new purpose if you couldn’t write or read?

2 thoughts on “What would you do if you couldn’t write?”