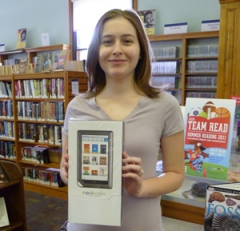 If you had to guess, you’d probably say most people who read e-books are doing so on a Kindle or Nook, right?

Apparently not. A new Pew survey shows that among e-book readers under 30-years-old, 55 percent are more likely to use a computer, and 41 percent would use a cell phone — compare that to the 23 percent who would use an e-book reader and the 16 percent who prefer a tablet. 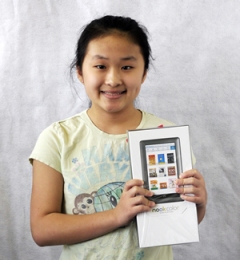 But considering how many people own smartphones these days, maybe that shouldn’t be such a shock. I can’t help but feel surprised, though, especially when I learned that most e-book readers are between the ages of 30-39. If e-books are contributing to the rise of reading in America, you might expect the highest group of e-readers to be teens or twentysomethings. The survey recorded that 47 percent of young people read long-form digital content including books, magazines, and newspapers.

I guess e-book devices are a gadget that just hasn’t caught on to much younger readers. Why is that, do you think? Come to think of it, I’m not sure I’ve seen an ad that markets e-readers to teens, who are always using cell phones — have you?

The study also confirmed that most younger readers don’t know libraries offer e-books even though it’s a desirable option to them. That drives forward the importance of stronger e-book support and advertising at libraries and in communities, including schools.