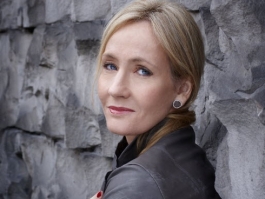 I still need to read J. K. Rowling’s new adult novel, The Casual Vacancy, but here’s some good news for those of you who are hopefully awaiting a follow-up of some kind.

The British Broadcasting Corporation (BBC) announced today that it’s turning the book into a TV series, and Rowling will be working “closely” on the project. Huffington Post is already nominating actors for the character roles.

Rowling told U.S.A. Today that she didn’t consider The Casual Vacancy “a very filmable book,” saying, “I think it’s a very novelly novel in that a lot of what goes on happens internally. You need to understand what’s going on inside people’s heads. So even though a lot happens in the novel, part of the appeal of it for me is that so much of it happens in people’s interior life, and film isn’t necessarily the best medium to portray that.”

Television would certainly allot the characters more individual screen time. What do you think? A show could potentially attract a completely different audience than the people who religiously read Harry Potter — a market that The Casual Vacancy seemed to have trouble reaching due to Rowling’s 180-turn in genre.

6 thoughts on “The Casual Vacancy migrates to the small screen”