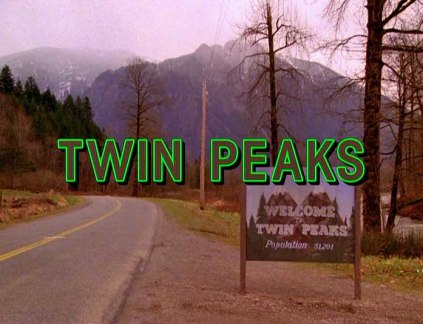 OK, so I am obsessed with the TV drama Twin Peaks. If you’re not familiar with it, then you either weren’t old enough in 1990 or you haven’t discovered it on Netflix yet (get cracking). Part of it is because of how ridiculously similar designer Hidetaka “Swery” Suehiro’s great game Deadly Premonition is to it, particularly the first season — seriously, I could compose a whole article about everything they share in common. But since this isn’t a video game blog, I wanted to tie it back to writing (duh).

The 10 best and worst characters change dramatically over the course of the show,* but they’re also extremely likeable or easily loathed. Some of them I’ve grouped into pairs. (Everyone knows Agent Cooper is awesome, so I’ve left him off this list.)

Here’s what we can learn from them, whether or not you watch the show.

Some slight spoilers ahead.

In a show filled with psychotic murderers, abusive husbands, rebellious teenagers, and good-clean cops (note: all stereotypes), you crave normal. The town of Twin Peaks is anything but. This is a drama, after all, so the sticky situations the characters constantly find themselves in are naturally overblown.

Ed and Norma — lifelong friends who love each other but could never be together — are the best example of the sense of stability that’s missing from most of the show. While characters like protagonist/FBI agent Dale Cooper are reliably moral and just, Ed and Norma aren’t perfect by most people’s standards. Like many on the show, they partake in adulterous behavior, but unlike the other characters, you don’t hate them for it. You might actually cheer them on.

I wanted to discuss businessman Ben Horne and his daughter Audrey together because of how their relationship grows. Ben’s not exactly a model guy — he’s kind of a scumbag — but I liked him more and more as the show went on. He has this vibe about him like he knows how incredibly weird and messed up the goings-on of Twin Peaks are even if he’s responsible for some of them. He might not be as a physically intimidating or calculating as some of the other characters (Hank and Catherine, for instance), but he always bounces back and adapts to fickle situations. When everyone else is super serious, you can count on Ben for some levity — and a reality check. A character doesn’t have to be a good guy for him to be likeable or relatable. 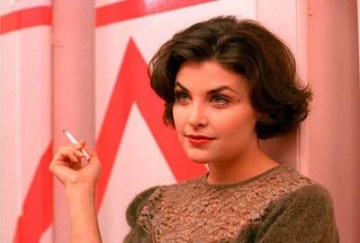 Audrey is just as admirable as her father, if in different ways. She starts out as this immature high schooler until her childish tricks almost get her killed. From then on, she’s no longer a little girl crying for daddy’s attention. She’s determined to grow up, learn the business, and earn her father’s (and everyone else’s) respect the hard way. I gotta love her for that. Believable growth is just as important for turning a unlikeable character into a favorite one.

Now here’s a character who really busted out of her shell. Nadine was originally a dull, overbearing housewife — her only function seemed to be keeping Ed from Norma. And poor Ed was stuck with a woman who screamed at the top of her lungs about silent-sliding drapes, of all things. She sucked.

Later in the show, she almost dies, and when she wakes up, she thinks she’s a teenager again — with really high adrenaline, who can apparently tear kitchen sinks from the wall and hurl adolescent boys clear across a football field.

Yeah, it doesn’t really make any sense, and that’s part of the charm of Twin Peaks. But I love this no-nonsense Nadine, and finally, she’s not a silly side character. She’s shattering milkshakes in her hand like a crazy woman and saving her hubby from ex-cons.

The major is awesome for several reasons. As soon as I met the no-good teenager Bobby — who smokes, drinks, and spends occasional time in jail — I just assumed his parents neglect him or treat him like crap. The truth is quite the opposite. Bobby’s parents are two highly well-adjusted people, and his father, Garland, is one of the coolest government types you’ll ever see portrayed onscreen.

Major Briggs isn’t some unthinking, immoral, rules-are-rules-and-whatever-my-commander-says-goes kind of character. He’s one of the most intelligent, articulate, and considerate on the show, and I immediately found myself respecting him way more than I thought I would. Government men, especially on shows like Twin Peaks where weird stuff happens (take The X-Files, for instance), are always secretive, uncaring, and rude. Their methods are almost always bad — inhumane, even — and they get away with it. Briggs is different. While he doesn’t share some things with Agent Cooper and the team because of top-secret confidentiality reasons, you know he’s kicking himself for it, and he finds a way to help in whatever way he can.

Plus, he’s one of the only few characters who treats the Log Lady with any semblance of respect. “We three saw the light” — he, the Log Lady, and her log. Any other government drone would bill her as insane and get on with it, but the major breaks all stereotypical conventions of what his character should be.

The father of the main murder victim of the show, Laura Palmer, ends up being a pretty weird guy. But that’s easy to tell: His main mechanism for coping with his grief is dancing. Yep, dancing. And singing. To everything and anything.

He goes a little nuts when he learns his daughter is dead, which is understandable. Half of the time, he’s embarrassing to watch; the other half, he’s awesome, and you wish more people would adopt his chipper attitude and break out into song (a few of them do). It’s corny, sure. But Leland embodies the insanity of Twin Peaks at large — how it changes from a nice, quiet town into something archaically weird and evil. That’s not a bad character to have around when your viewers are struggling to comprehend just what the heck is going on.

Special mention: “Dennis” Bryson. For obvious but much too spoilerish reasons. Heh, I love David Duchovny.

Talk about lame characters whom you can’t help but hate. Leo Johnson is a drug trafficker and domestic abuser, so he pretty much sucks all-around.

He’s as two-dimensional and irritating as you’d expect from this type of character, too, and I never felt an ounce of empathy for him. Leo continues to be the same old Leo, and anything that happens to him is boring. Snooze.

The spoiled, arrogant son of a respectable U.S. Air Force officer, Bobby is trouble. My boyfriend finds his authentic mannerisms amusing (OK, the actor is spot-on when it comes to depicting an annoying teenage boy), but I can’t stand him.

Unlike Leo, Bobby does change, but it’s superficial — with his father’s belated approval, he begins to invest in his future. As an aspiring businessman, he’s mildly entertaining when paired with the likes of Ben Horne, but in other ways, he’s becoming the same crappy guy that Leo is. (Bobby and Leo’s wife Shelly are involved in an affair.) It’s a back-and-forth that he never really breaks out of. He betrays his girlfriend after causing her life to derail, treats people poorly, doesn’t know a thing about hard work or respect, and drools over Audrey — who’s much too good for him, and she knows it.

Bobby’s not as stagnant as Leo, but his evolution as a character is a harder sell. While he’s not the worst in the cast, I have a hard time lumping him in my good pile.

Now, James is the worst, hands-down. This is a character who can never make up his mind. The ladies adore him, for god knows what reasons. He’s either in “love” (let me count how many times he throws that word around like confetti), soul-searching (pffft), or wishing he “could start over.” JUST LIVE YOUR LIFE, JAMES HURLEY. GAH.

James’s subplots are about the worst and most pointless in the show. Here’s a good rule of thumb: Nobody’s cares about a character who’s stuck in a cycle and is pathologically indecisive. I can’t help but roll my eyes every time I see his face.

And, just FYI? He sings like a total girl. I’m not even kidding. I know it’s not his real voice, but … god. In fact, that video pretty much summarizes everything I hate about James. 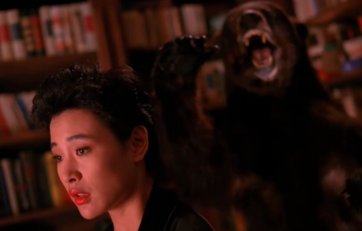 Josie is the one character whom I liked at first and gradually grew to despise because she’s manipulative and makes no sense whatsoever. She was actually pretty loveable until I realized how nuts she was.

Everything quickly became, “Oh, poor Josie. All she wants to do is shop, and everybody keeps on ruining her life.” Writers: I do not want to pity your character. I want her to stand up and fight when crap comes her way. Show me that she’s actually as strong as you claim she is. Josie had a ton of potential, but she went nowhere. 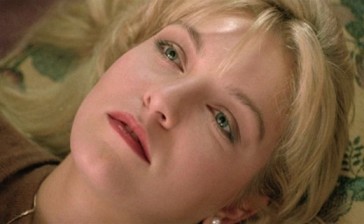 Surprise! One of the worst characters on Twin Peaks is dead from the outset. Yep, Laura Palmer — the town sweetheart who’s mysterious and misunderstood.

I have no idea how a whole town could fall apart over someone so awful and uncaring, but Laura Palmer was a sexually promiscuous drug user who regularly abused her friends’ trust, fooled dozens, and got mixed up in some pretty scary shit. Yet they keep on loving her. So much tragedy ensues because of one selfish, pretty girl.

Well, that’s it! Can you think of anyone else from Twin Peaks or a different show who teaches a good lesson about character-writing?

Oh, and by the way. It’s rumored that the show could come back for a third season, but this is largely speculative. [Update: This is officially not happening. Too bad.]

*My impressions are based on a good three-fourths of the show. I’m almost done with the final season.