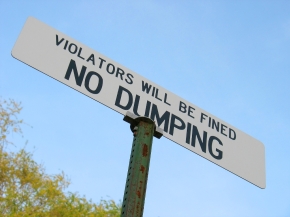 So this year I’ve vowed to work harder on revising my novel. I love copyediting (I do it every weekday for GamesBeat), but it’s much easier to look at someone else’s work with a clear eye than your own, trust me. That’s why I don’t edit my own articles! I have another one of our fine editors check over them.

The same problem occurs with novel revision, but it’s a lot deeper. Instead of dealing with the coherence of a 1,000-word body of text, you’re managing 60,000 and above. GULP.

I’m so glad I made an outline for my novel before diving into it. I got about halfway through writing the first draft of a fantasy novel in high school before I realized how badly I needed a roadmap, and I didn’t want to make the same mistake twice. But when you’re editing a chapter that’s around 20 pages and trying to make it work within a much greater context, a lot more can go wrong.

I’m trying not to worry too deeply about that right now, though. I need to polish each chapter several times first before handing it over to anyone to read and provide feedback, which I want to do before moving forward with publishing. So right now, I’m concentrating on each chapter, one at a time. 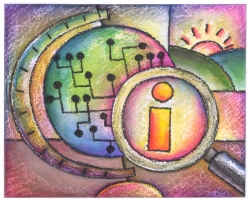 One of my main goals is eliminating clumps of exposition or author-like material — the notorious info dump. I’ve noticed that anytime I’m spoon-feeding the reader unnecessary or convenient background info, either through description or dialogue, I need to stop and perform surgery. Just cut it out. If it sounds like I’m stepping in and talking directly to the reader, then I need to find a more natural way to integrate those details.

An article on writing.com suggests, “Remember, the reader doesn’t need to know everything, just what’s necessary to move and complete the story.”

This is sound advice, but I wanted a better idea of how to avoid and address info dumps, or narrative summaries. Here are some good tips from a professional editor:

When writers tell instead of show, they’re generally writing from the author’s POV and not the characters’. While the technique called “narrative summary” does have its place in a novel, it should be used sparingly.

Here’s a before-and-after example. The first version, written in the author’s POV, is a narrative summary:

But the site itself had been inhabited for much longer. The previous day she and Mike had jogged along an old path which edged the Knob, and she spotted the stark, vertical rock chimney of a burned-out cabin. It jutted from a weathered rock foundation that was now covered with thick vines and forest debris. The cabin had been built near the Knob’s edge, which plummeted almost two thousand feet to the valley floor.  She realized that, when the one-room cabin was built, its owner had probably cleared trees away to open the valley up for a spectacular view.

Notice the author is telling about the discovery, just as one tells ghost stories around a family campfire. She is summarizing what happened yesterday. There is no action. There was action yesterday, but that doesn’t count as action today.

I wrote that passage years ago. I thought it was fine writing until an old writing pro pointed out the problem. I read it again, and—by gosh, she was right. Following is the passage as I rewrote it to put the scene into a character’s POV and show the action, instead of leaving it in the author’s POV and tell about it:

Mike stepped aside and she saw a clearing. Grass, kept at bay in the deep woods they’d passed through, covered an area the size of an average yard.

“Yep. The original cabin site. See if you can find it.”

She saw nothing but the woods and grass. Blue sky appeared over a huge, waist-high stone outcropping at her left. She stepped to it and peered over.

And then she saw the vertical stone chimney. She’d overlooked it before, since it resembled the surrounding tall trees. She walked tentatively toward it. As her eyes adjusted she saw the stone foundation of a long-gone, one-room cabin. Its chimney rose from one corner, its hearth opening toward the center. Slanting rays filtering through the treetops brought the chimney and foundation to life.

She turned to Mike. “Look at that—it’s just like a shrine. Why, I feel like I’ve just stepped out of a time machine.”

The lesson? Write in real time. Don’t tell what happened in the past, but show it as part of the action now.

How do you deal with info dumping in your writing? What’s a good way to catch it? 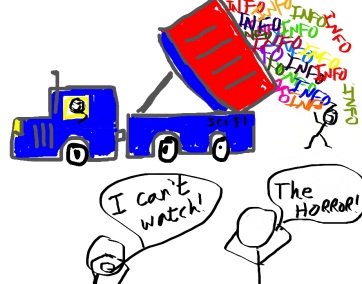