Editor’s Note: Please welcome Marta Acosta, the author of the upcoming book The She-Hulk Diaries, releasing in June. We recently talked about the big misunderstanding and public relations nightmare that erupted in response to her book and another, Rogue Touch, in Marvel’s new line of superheroine fiction, falsely dubbed “romance novels.” Here’s what she had to say about writing and her career — in a sassy satirical piece. Take it away, Marta! 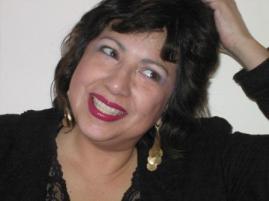 Like most people, I love being labeled because it saves me the time and trouble of defining myself and explaining really boorrring stuff like, oh, that my name isn’t Maria and that I’m not really exotic since I’m from Oakland, or that I don’t write magical realism or romance. Basically, I don’t like to do anything that requires actual effort, thus the writing career. Which is not to say that I don’t make terrible missteps. For example, my first book, Happy Hour at Casa Dracula, was written as a spoof of genre conventions with vampires as a metaphor for being “other” in society. I know — what was I thinking? So when people introduce me with something helpful like, “Our exotic friend Maria writes magical realism slash vampire romance with a hot tamale heroine!” I just smile with relief and say, “¡Si!”

I was pretty pleased to have this routine down pat when I made another terrible misstep. I wrote a modern gothic, Dark Companion, as an homage to Jane Eyre with a theme of social disparities and exploitation. The book’s tone is set by Paulette Jiles’s classic feminist “Paper Matches” as the epigraph. It almost makes me question the wisdom of starting each day with a dozen Sudafed and a tumbler of Tanqueray because my appalling pretentiousness is in direct inverse relation to my, uhm, cheerfulness. Luckily, readers quickly assumed that I’d merely written a really bad teen romance. Whew, that was a close call! 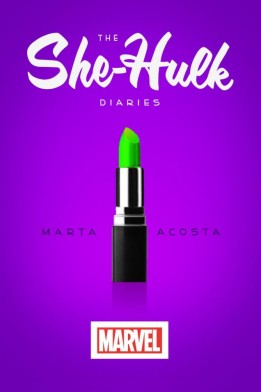 Like most messy thinkers … er, I mean writers, I was looking for another way to keep from getting a real job … I mean, another fantastic writing project. When I got the She-Hulk gig, I did that whole failing-to-learn-from-history thing and wrote a lively comedy about Jennifer Walters, an accomplished attorney, who gets a new job at a powerful law firm while trying to have time for friends and activities and also handling her She-Hulk responsibilities. She’d like to have a healthy relationship with a considerate man and a professional wardrobe that isn’t destroyed every time she hulks out.

I felt pretty comfortable writing this story since I’ve been a lifelong fan of speculative stories. Was I a geek in high school? I think it’s like the ’60s: if you remember them, you weren’t there. I.e., as a teenager, I didn’t think there was anything wrong with spending all my free time with my best friend reading science fiction novels and discussing the possibility of alien life, interplanetary travel, and Asimov’s laws of robotics. We went to science fiction conventions and were the only girls there. We thought physics class was fun.

And I wore glasses. The realization that I’d actually written a funny geeky novel struck me too damn late, and I was in a desperate state, upping my Sudafed/gin intake and despairing about my days of hanging out at home … I mean, my writing career. I was rescued by headlines like the Hollywood Reporter’s “Marvel Comics Goes ‘Fifty Shades’ With New Line of Romance Novels.” I wanted to send the journalist a gift of those delicious brandy chocolates, but I was terrified he’d ask questions I couldn’t answer with a simple and enthusiastic “¡Si!”

My fretting was unnecessary, however, because no one bothered to find out that I’ve written tedious diatribes about gender, race/ethnicity, and class throughout my career. I think I’m safe, so long as actual romance writers and fans don’t explain that most romance readers and writers are fierce feminists.

I’m already working on my next book, which is inspired by the “diaries” part of my title. It’s a tribute to “Diary of a Mad Housewife” with robots and machinery as a metaphor for the rote and inhumane effect of sexism on society. I’m sure that Diary of a Mad Fembot will cement my place in the robot/diary fiction canon, which is all I’ve ever really wanted.

3 thoughts on “Guest blog: Marta Acosta on the close calls of writing”