It’s been almost two years since I wrote my last blog post. And boy, things have changed.

Baby boy, to be exact.

I was feeling pretty down on myself in my last post. I was also — hey — about three months pregnant and constantly sick. So in hindsight, that makes sense. But I was also really stuck on the fact that I’d put a huge amount of energy into writing a novel that was my best one yet, and it wasn’t going anywhere.

So I quit writing. I didn’t have it in me. For all my past talk about “writing’s hard, you just gotta push through” — I couldn’t. All the self-discipline in the world wasn’t getting those words out of me.

Part of me thought, “Okay, this is fine. My mind and body only have energy enough for growing a human being. If I start another novel now, I’ll give birth before it’s finished, and then I’ll have to put it on ice for months as I adjust to being a new mom, and that’ll kill the project anyway.” 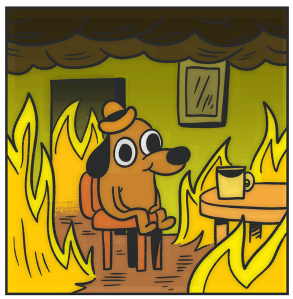 I did the thing. I gave birth to a baby boy, seven pounds, one ounce. I enjoyed my maternity leave. Then I grew restless. I wanted to get back to my job. I did.

And then my brain latched on to an idea and it was happening. I was writing a novel again.

As of last weekend, I finished the first draft of my fourth novel, a middle grade fantasy.

It’s a funny thing, life. I guess I only had room for one big project in me at a time. (God forbid I ever have twins.) But I was pretty sure I would never write another novel again. I was that demotivated and hopeless.

But then I did.

Writing with a 10 month old isn’t easy. Time is scarcer than ever. But you get it done. The words are bad, and you hate them, but they go down on the page.

And then you have a novel.