When burned, these books give off a charming smell.

These are the smells of Hagrid’s Pumpkin Patch, Dobby’s Socks, and Gatsby’s Shoreline — all candles, and all great holiday gift ideas.

You can also find lip balms and wax tarts in the Etsy seller’s shop, From the Page.

Today’s Kindle Daily Deal includes a couple goodies: the teen book Miss Peregrine’s Home for Peculiar Children by Ransom Riggs and The Art of Fielding by Chad Harbach, both of which I’ve heard are very good. Each is $1.99 right now.

Here’s a description of Miss Peregrine’s:

A mysterious island. An abandoned orphanage. And a strange collection of very curious photographs. It all waits to be discovered in Miss Peregrine’s Home for Peculiar Children, an unforgettable novel that mixes fiction and photography in a thrilling reading experience. As our story opens, a horrific family tragedy sets 16-year-old Jacob journeying to a remote island off the coast of Wales, where he discovers the crumbling ruins of Miss Peregrine’s Home for Peculiar Children. As Jacob explores its abandoned bedrooms and hallways, it becomes clear that the children who once lived here — one of whom was his own grandfather — were more than just peculiar. They may have been dangerous. They may have been quarantined on a desolate island for good reason. And somehow — impossible though it seems — they may still be alive.

And Art of Fielding:

At Westish College, a small school on the shore of Lake Michigan, baseball star Henry Skrimshander seems destined for big league stardom. But when a routine throw goes disastrously off course, the fates of five people are upended.

Henry’s fight against self-doubt threatens to ruin his future. College president Guert Affenlight, a longtime bachelor, has fallen unexpectedly and helplessly in love. Owen Dunne, Henry’s gay roommate and teammate, becomes caught up in a dangerous affair. Mike Schwartz, the Harpooners’ team captain and Henry’s best friend, realizes he has guided Henry’s career at the expense of his own. And Pella Affenlight, Guert’s daughter, returns to Westish after escaping an ill-fated marriage, determined to start a new life.

As the season counts down to its climactic final game, these five are forced to confront their deepest hopes, anxieties, and secrets. In the process they forge new bonds, and help one another find their true paths. Written with boundless intelligence and filled with the tenderness of youth, The Art of Fielding is an expansive, warmhearted novel about ambition and its limits, about family and friendship and love, and about commitment — to oneself and to others.

The Eyre Affair: A Thursday Next Novel and On the Island: A Novel are also on sale. 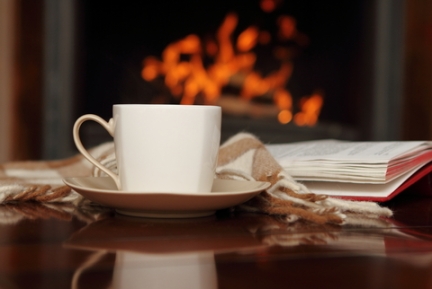 December is almost here, and that means it’s time to shop like it’s nobody’s business — and groan at all the prices.

This top 10 list contains items that range from the ridiculously affordable to the slightly pricey, but it’ll cover all the readers on your gift list this year. So whether you and books are strangers or total best friends, your life this next month is about to get a whole lot easier.

END_OF_DOCUMENT_TOKEN_TO_BE_REPLACED 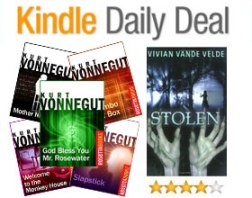 I don’t see Slaughterhouse-Five or Breakfast of Champions on there, but I do see Mother Night and Player Piano. And at $1.99 each, you really can’t complain too much.

What’s your favorite Vonnegut book? Such a great author! My boyfriend and I both love reading him.

Yesterday, I wrote about the Kindle Daily Deals e-newsletter. As you can probably tell, I love Amazon. I shop there for all sorts of things, including e-books.

The Kindle is my e-reader of choice, but what about yours? Where do you prefer to shop for both books and e-books? I’m trying to decide whether I should include links to Barnes and Noble or other websites when I blog, so please share which retailers you prefer!

If “Other,” do specify in the comments!

Bonus question: What newsletters or websites do you use to find sales on e-books?