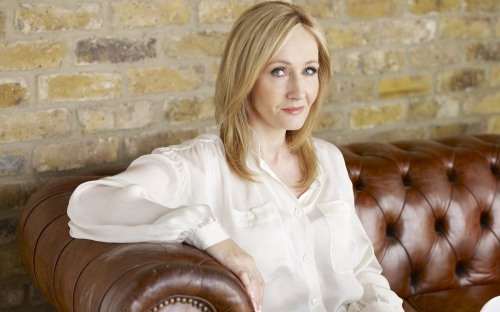 Jo has come a long way from the days of Harry Potter. It’s weird to think that one of the biggest children’s writers of our time is now catering to adults, but it’s happening, and it’s probably not going to stop.

When I read 2013’s suburbia novel The Casual Vacancy, which J.K. Rowling wrote several years after children’s book The Tales of Beedle the Bard (a spin-off from the Potter line), I was surprised at how literally the author seemed to construe the term “adult readership.” The book is good, and it mellows out a bit, but I felt like Rowling was trying to cram as much mature content into the opening as she possibly could. Name a dirty topic, and she was making it a character trait.

Now I’m in the middle of reading A Cuckoo’s Calling* (which, hey, is getting a sequel in June), a crime-detective mystery that she published under the pseudonym Robert Galbraith. After how much flack she got for the rather brash Casual Vacancy, it makes sense that the poor woman would choose to bury the Rowling name with the Harry Potter series and start anew.

Last year in July, Rowling went on record saying, “I had hoped to keep this secret a little longer because being Robert Galbraith has been such a liberating experience. It has been wonderful to publish without hype or expectation and pure pleasure to get feedback under a different name.”

Can you blame her? Maybe it’s because of critics’ quotes like this one from Bloomberg: “Imagine Harry Potter with nothing but Muggles — mean, graceless people without a trace of magic. It would be a dull book indeed.”

The Casual Vacancy is not a perfect book. I think it’s terribly flawed in the beginning, like Rowling was trying too hard to leave Harry behind and rewrite everyone’s notion of her as this charming British lady who writes about wizards and magic and young adulthood. Remember, this is the same woman who killed off — OK wait, spoiler alert from 2007 — Hedwig for no reason other than to teach children that our friends die (seriously, read the quote at the front of the book). I thought the rest of Casual Vacancy was quite wonderful. It’s just not something you’d read to your kids.

It’s wrong of us to expect Rowling to keep writing children’s fiction just because of her earlier success. If she needs to ditch her name and adopt a pseudonym to get us to drop the incessant comparisons to Harry Potter and why The Casual Vacancy and A Cuckoo’s Calling aren’t Harry Potter, then more power to her.

She’s a writer. Let her write. If you don’t like it, go reread Sorcerer’s Stone — and shush.

*More on Cuckoo’s Calling from me soon.

I’ve spotlighted some cool covers from J.K. Rowling’s Harry Potter wonderful wizardry series here on the blog before, but these Swedish versions are amazing. I want them all.

Here’s one of my favorites: The Prisoner of Azkaban:

Because this is relevant to me — an illustrator from California has designed mock Little Golden Book covers based on video game properties. You can buy them as prints on Etsy.

“I recently have been really into the artwork of the classic Little Golden Books,” the creator wrote on his blog. “There’s something very charming about their simplicity, and yet they are some of the books that I remember most from my early childhood.

“As the sun sets on this current generation of video games, I’ve been thinking about some of the classic games that people will still (hopefully) point to years from now and hold them up as games that made a difference, and possibly, for some child out there, Portal or Skyrim will be a memory from their early childhood.”

There’s also some Zelda and Lord of the Rings art in his shop.