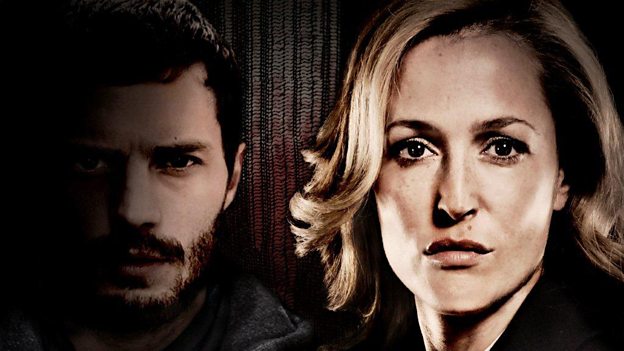 BBC Two’s The Fall (available on Netflix) is one of my new favorite TV shows. It follows the life and crimes of serial killer Paul Spector and Stella Gibson, the detective in charge of bringing him to justice.

Paul Spector (actor Jamie Dornan) is one of the most fascinating characters portrayed on TV, so he makes an excellent case study for good character development — whether you’re writing a novel or a screenplay or anything in between.

WARNING: Lots of spoilers for The Fall, “series” (seasons) 1-3, so read on at your own discretion.

From monster to sympathetic villain

In series one, we immediately learn who Paul Spector is. He’s a killer, no mistake about it, as we follow his perspective throughout the show. We also learn that he’s a husband and loving father. But his docility around his children only makes his actions that much more heinous and frightening.

By series three, Paul is in police custody and undergoing psychiatric evaluation. The evidence against him is overwhelming, not to mention he’s made a full confession. But as he’s suffering from amnesia (either real or pretend), we see a new side of Paul, a different kind of intimacy. There’s the intimacy of watching him strangle and beat his victims. Then there’s the intimacy of learning about his childhood and how he views himself.

He’s complicated, and the beauty of his character development is that complexity makes him impossible to pin down. As the audience, we can only speculate about what’s going on his mind, the same way that Stella Gibson can only speculate (sometimes, perhaps wrongly) about what drives him. Paul continues to surprise us.

END_OF_DOCUMENT_TOKEN_TO_BE_REPLACED

Last weekend, I binge-watched Daredevil season two on Netflix. And I’ve got a LOT of thoughts, guys. So many feels.

As an aspiring novelist, I try to take a writing lesson from as many sources as I can. Obviously, if Daredevil could sucker me into watching 13 hours of television in three days, it’s got some pretty good writing (and acting, and action, and … all the things).

So here are five reasons why Daredevil season two is so damn good — and yes, THERE WILL BE SPOILERS. You’ve been warned.

Good villains play off the hero

Let’s take a moment to acknowledge how bad-ass Jon Bernthal was as the Punisher. Now, I’ve never been a huge Punisher fan, but Bernthal blew me away — bang.

In this new season, Daredevil faces how his presence has escalated crime in the city. With one vigilante comes another. For each criminal he puts behind bars, more take his place. And locking a bad guy away doesn’t guarantee that he won’t be walking the streets again in a month.

Frank Castle (Punisher) wants the same thing as Daredevil: to rid New York City of scum. But his tactics are different: He uses guns, and he shoots to kill. Daredevil believes in preserving human life — in second chances, in the law. Castle is lawlessness.

The best villains reflect facets of the hero and take them to an extreme. There is darkness in Murdock — season one showed us that he worries about the devil inside of him, a rage that almost convinced him to kill Wilson Fisk — but Frank Castle is what he’d become if he played judge, jury, and executioner.

But Castle is also a likable character. One we can empathize with. Daredevil believes there’s good in him. Karen sees him for the father and husband he once was — a good soldier who lost everything — even after finding herself in his crosshairs. We like Frank because, even though he’s unhinged and a murderer, we know in his own messed up way he’s just trying to do good. Real villains are relatable.

Characters have lives outside of the protagonist

Season one showed Karen and Foggy hanging out a lot, drinking and talking in Josie’s bar. We saw a huge transformation in Karen that burdened her with shame and a secret, and Foggy had to reexamine his friendship with Matt when he learned who the Devil of Hell’s Kitchen was. But season two does an even better job of giving these characters autonomy.

In fact, Karen and Foggy spend more time on their own in season two than together with Matt. They take action apart from him. Foggy realizes he can hold his own in court — that he’s a damn good lawyer. And Karen discovers she has a knack for journalism.

Although they both get dragged into Matt’s drama, not everything in their lives revolves around him. And that’s what makes them authentic.

Daredevil covers more in 13 episodes than most shows manage in a full season. With action comes change — hard and fast. Matt and Karen get together and break up. Fisk is the low man in prison and then seizes control. And the law firm of Nelson & Murdock is bursting with clients and then shutters completely.

So much happens in season two because it isn’t afraid to heap conflict on more conflict — and that means moving the story forward through tangible change. And that leads us to …

The more permanent the change seems, the more devastating it feels. Season two leaves us with the closure of Nelson & Murdock — nobody saves the firm by the end of the 13 episodes, and Matt’s relationships with Karen and Foggy are broken apart. We don’t know if or when they’ll get back together.

Yet failure makes the good guys stronger. Our heroes lose Frank Castle’s trial just when it was looking good, and the blow hits them hard. But because of his solo performance, Foggy scores a job at a high-paying firm, and he learns that he can be an amazing lawyer without Matt by his side.

Even when Daredevil fails, he comes out tougher. Daredevil versus Nobu in season two is a very different battle than it was in season one. Our hero’s got better gear — better armor and weaponry — and more experience than he had before. Physically, mentally, and emotionally, he’s better equipped to deal with whatever threat arises next.

An hour is a lot of time to spend watching one episode, but all a good show needs to do to keep you pressing play is to tuck a cliffhanger into the final few seconds.

Daredevil did this nearly every episode in season two — so well that I watched six episodes in a row before taking a break. Splitting the season into two arcs — one focused on Frank’s crusade, the other more on Elektra and the Hand — gave me a nice breather in between. But the momentum never slowed.

And let’s not forget about that finale. THAT FINALE. Can I have season three now? Please?

What are your favorite movie adaptations of books that you’ve found on Instant Streaming? Any worth a watch?

The last one I saw was probably the Swedish version of The Girl with the Dragon Tattoo, but I’m always on the lookout for a decent film on the service. 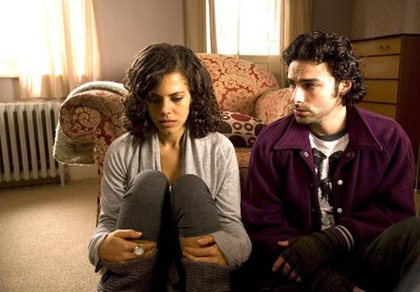 When it premiered, Being Human struck me as something a little too British for my taste. I have nothing against British television per say. I find IT Crowd downright hilarious, but I’m not so much a fan of the cheesy intergalactic drama of Dr. Who or Hugh Laurie dressed as a woman. Ich, no thanks.

By now you might be wondering, “What the Dalek does this have to do with books?”

The other night I was watching (and surprisingly enjoying) the first episode of Being Human on Netflix (all twenty-two available episodes are staying in my Instant Queue now), and I started thinking about how difficult it is for a generation so desensitized to those monster groups and more (especially zombies) to write fresh material about something that’s been done a million times.

It doesn’t matter if you’ve read Bram Stoker or Anne Rice. Everyone knows a vampire by those two little dots on the neck, their miserable fashion sense, and their love of London.

And speaking of London: werewolves. The only good werewolves are running around Europe, but I’ve never seen one that doesn’t look sillier than a cat wearing pajamas.

And lastly, ghosts. Ghosts got lost somewhere along the way (err), but they’re still a big fascination thanks to reality shows like Ghost Hunters, movies like Paranormal Activity, and pretty much any Japanese horror movie out there. (I recently watched Ju-on, by the way, and it was much better than the American version, The Grudge. No offense Sarah Michelle Gellar, but you’re Buffy through and through.) 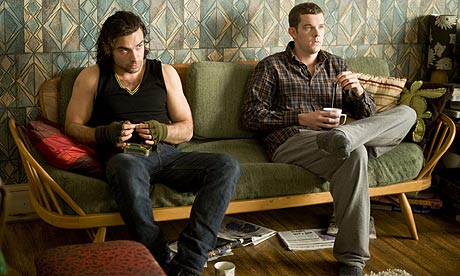 A show rarely mixes all three together, which is part of what makes Being Human so interesting. We get to see how these monsters interact as they walk all over each other’s territory.

But the real sell is in the title: “being human.” The main characters—the ghost, the werewolf, and vampire—don’t think of themselves as monsters. It’s everyone they have to deal with outside who is. And it’s that humanity, or lack of it, that has always made the fantastical a little more accessible—a little more human.

Basically writers are set for eternity. They can write about these popular monsters for as long as they please (or until they drop dead), but only if they can a) emphasize the human traits in the good characters and the inhuman ones in the bad and b) put them in interesting situations that challenge their feral nature.

What do you think? Is it time to retire the big bads, or is it impossible to get enough?