The Night Circus already has a pretty cover, but check it out in Japanese.

Here’s an English description of the book:

The circus arrives without warning. No announcements precede it. It is simply there, when yesterday it was not. Within the black-and-white striped canvas tents is an utterly unique experience full of breathtaking amazements. It is called Le Cirque des Rêves, and it is only open at night.

But behind the scenes, a fierce competition is underway — a duel between two young magicians, Celia and Marco, who have been trained since childhood expressly for this purpose by their mercurial instructors. Unbeknownst to them, this is a game in which only one can be left standing, and the circus is but the stage for a remarkable battle of imagination and will. Despite themselves, however, Celia and Marco tumble headfirst into love — a deep, magical love that makes the lights flicker and the room grow warm whenever they so much as brush hands.

True love or not, the game must play out, and the fates of everyone involved, from the cast of extraordinary circus per­formers to the patrons, hang in the balance, suspended as precariously as the daring acrobats overhead.

Written in rich, seductive prose, this spell-casting novel is a feast for the senses and the heart.

It’s been a busy week. I’ve been lining up some great articles to share with you guys. I have about three announcements (at least) if all goes well, but one step at a time.

I do want to share a huge piece I did that was featured both on GamesBeat and on the pop top of VentureBeat as an editor’s pick: my study on social gaming “whales.”

I’m also currently reading an advanced copy of Prophet of Bones, which comes out in early April.

And don’t forget to think of some questions for Marta Acosta (the She-Hulk Diaries author) because I have both a guest blog and an interview with her on the way. We’d love to include your questions.

What’s going on with all of you? Any exciting plans for the weekend? Any cool books or links you’ve come across lately?

‘Though I’m not certain I’d want to be stuck in a tree for the rest of eternity, myself, would you?’

‘I think that would depend on the tree.’

If you’ve ever wondered what goes on behind the closed gates of the circus, when the people have gone home and the acrobats and fortune tellers have retired to their tents, Erin Morgenstern’s breakout novel will shock and delight you with tales of the inner workings of magic and illusion. The Night Circus constructs an elaborate plot, as ornate and fragile as clockwork, from a simple premise: two young illusionists, one game, and only one winner.

Maybe I wasn’t feeling the full grace of its magic, but this book wasn’t the masterpiece I had been led to believe it was. That’s not to say it isn’t good. On the contrary, The Night Circus is a very good work of fiction. Morgenstern tells a beautiful story, and her talent lies as much in its complex construction as it does her enchanting description. She maintains steady control over the pacing of scenes, but the larger, grand movement of the novel proves her weak point. The author’s many chapters and digressions (which are wonderful) come together in a big way, but not until much later on—the last third of the book, easily. For a book that’s 387 pages long, that’s a long time to wait to satisfy a reader’s curiosity.

Of course, the tactic worked, at least in my case. Less patient readers might grow bored of Morgenstern holding everything out at arm’s reach and turn instead to other pursuits. But for those who endure, the rewards are rich indeed. Morgenstern is enviously clever in her writing. She creates a memorable cast of characters who,  despite their collective number, each find a place that’s unique and important within the story.

Best is her description, which is clear and readable yet never dull and always mesmerizing. And, as briefly mentioned, her pacing of individual scenes is masterful—the push and pull of moments shared later on between the two illusionists, Marco and Celia, put all others to shame.

Morgenstern gives the story a lot of meaning. The black and white imagery obviously reflects the complementary yet contrasting relationship between Celia and Marco. The emphasis on clockwork provides a perfect metaphor for the fragile state of the circus. Morgenstein introduces the danger consequence by consequence, until the details have formed a frightening reality of the game itself. It’s impressive how well Morgenstern manages this feat.

As much as I felt the author waited too long to give us enough of the answers and to unite Celia and Marco, I felt it a fitting match for how the story operates. The characters know little of their role in the game, what the game truly is, or how much power secrets and magic can hold when they continue to build, beautiful in their expression for others but perilous and unwieldy the more complicated and structural they become, like something bottled with too much pressure inside.

Timing, and time itself, is a major theme in The Night Circus, and the events of the chapters (pay close attention to the dates) eventually converge for the book’s ending. But the entire novel and all its parts essentially jump around in the timeline, so I can imagine that a second reading would yield much more insight than the first.

But the special scenes that appear between chapters and sections, the ones that switch to a second-person perspective, do something very clever in the final pages of the novel. They basically establish a new way of experiencing the novel and the circus itself that fits nicely with one of the subplots that goes on in the book. The same happens with the occasional pages that are merely comprised of quotes about the circus in retrospect. Who’s saying them matters, especially when you progress to the later chapters of the book.

Would I recommend The Night Circus? Yes, wholeheartedly, but only if you’re willing to be patient. You have to come back to the circus, night after night, before it reveals all its secrets and wonders to you.

‘It is important. … Someone needs to tell those tales. When the battles are fought and won and lost, when the pirates find their treasures and the dragons eat their foes for breakfast with a nice cup of Lapsang souchong, someone needs to tell their bits of overlapping narrative. There’s magic in that. It’s in the listener, and for each and every ear it will be different, and it will affect them in ways they can never predict. From the mundane to the profound. You may tell a tale that takes up residence in someone’s soul, becomes their blood and self and purpose. That tale will move them and drive them and who knows what they might do because of it, because of your words. That is your role, your gift. … There are many kinds of magic, after all.’

These are the books that have made it onto my wishlist recently—and the bloggers/websites that recommended them.

The Darkening Dream by Andy Gavin [via Novel Publicity]

This is a big deal. I’m talking the kind of magical book that turns a bad day (computer problems, ugh) into a fabulous one. Why is it so incredible? Because it was written by one of my favorite video game professionals, Andy Gavin. If you don’t know, I’m a huge video game fan (I even write about them occasionally). Andy founded Naughty Dog (my all-time favorite developer) and created the Crash Bandicoot and Jak & Daxter series under that company—and yes, they’re two of my all-time most beloved games. So yeah, Gavin writing a book is an unmissable event for me.

I actually bought this right away, so expect a review in the near future.

Just an FYI, the Kindle edition is $3 right now. Although the hardcover is gorgeous, as you can see.

The Man in the Empty Boat by Mark Salzman [via eBookNewser]

Memoirs are definitely a genre I want to read more of, and I love anything psychological—probably because the mind is crazy fascinating.

Self-Help by Lorrie Moore [via Books and Bowel Movements] 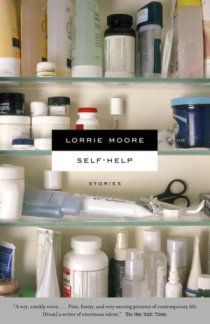 I want to read this one because of Cassie’s glowing review: “I don’t even know really how to describe Lorrie Moore’s writing because it’s just fascinating to look at.  She uses metaphors like everything can be related to everything. ” Plus, exposure to a new author never hurts.

Manuscript Makeover: Revision Techniques No Fiction Writer can Afford to Ignore by Elizabeth Lyon [via The Literary Mom] 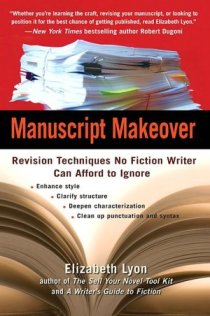 It comes highly recommended by Amy Marie, who offers great writing tips over at her blog, so I’m on board. 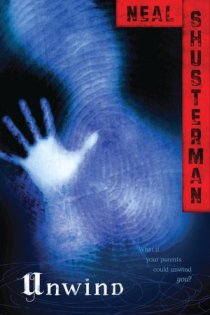 If a librarian gives it an A, you know it’s good. I’m interested in expanding my YA horizons. Love the genre.

Just finished reviewing a book for Kirkus Indie (sorry, can’t disclose any info per my agreement), and now I’m getting ready to start a review copy sent over from Titan Books and also The Night Circus, which I picked up from the library last Thursday. So look out for a review of both of those latter two. 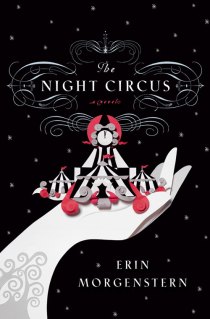 What books are on your radar?