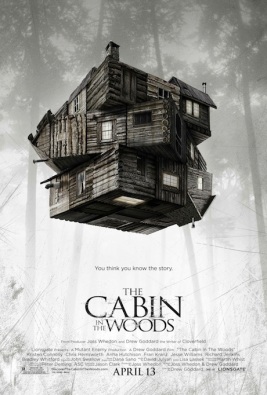 Okay, so this post has only a little bit to do with books. Right now I’m reading a collection that examines the accomplished career of Joss Whedon—you know him as the creator of Buffy the Vampire Slayer, Angel, Firefly, and Dollhouse, to name a handful. Shortly after I received the book, I went to see The Cabin in the Woods, a horror movie co-written by Whedon and Drew Goddard, who contributed to some of Whedon’s work in the past.

Imagine the supernatural “scares” of Buffy, add in a lot more humor and less camp (no singing vampires here), and you’ve got Cabin in the Woods. I had planned on waiting until my review of the Joss Whedon book to talk about the movie, but necessity calls: When someone writes an article as misleading as the one at Vulture.com, it demands a counter-response.

First off, the title: “Why Wasn’t Cabin in the Woods Scary?” I hoped the article was going to educate those who were missing the point because they were disappointed over the movie’s real nature (non-stop funny, smart, well-characterized—the list goes on, but “scary” isn’t on it), but instead the writers used it as a soap box to discuss what the movie allegedly did wrong … thus missing the point themselves.